Regression to the Lean: Reviewing a 96-Hour Pu Pu Platter

As much as it sometimes seems like I revel in our sporting misery, I really don't like writing articles like this very much. They're much more cathartic than enjoyable, and there's no sense of a weight being lifted when the last keystroke has been hit and the last picture placed. But this was one remarkably awful week of sports for all of our most nationally relevant hometown teams, and a website that cites taking mediocrity to task as one of its stated motives for existence must give some kind of comment about the line of turds the Timberwolves, Wild, and Gophers guys basketball team have laid in one particularly trying 96-hour span.

Nashville 3, Wild 1--The Wild started hot, with wins in their first two contests to open the abbreviated 2012-13 NHL schedule. Their match-up against Nashville, the last of a three-game home stand, was tightly contested for 2 1/2 periods, with Preds backup goalie Chris Mason turning away all but a Dany Heatley first period shot, and Niklas Backstrom only allowing an equalizer late in the first.

But midway through the third period, Backstrom gaffed as he came way out of the crease on an attempt to clear a puck past a charging Martin Erat, and after Erat transferred the awful pass from his belly to his stick, he charged past the panicky, flopping Backs to deposit a go-ahead goal. I'm not a huge hockey guy, and I know Niklas is right-handed with his stick, but....dude. Zero things were happening to his left, and even a dumb move like dumping it parallel to the blue line to his left would have been preferable to the disaster that ensued.

Our big free agent acquisition, Zach Parise, was not blameless on the play either, as his errant pass from behind the Preds' net that badly missed a crashing Jared Spurgeon helped set up Erat to capitalize on Backstrom's error. With this loss, the Wild couldn't capitalize on a team that had lost their first two games in shootouts starting a back-up goalie that had been quite sieve-like against the Wild, posting a career 3.20 GAA against the home team coming into the game. 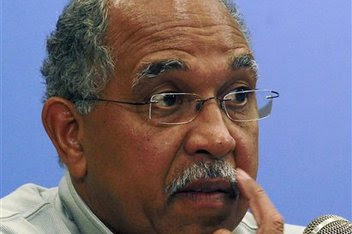 Northwestern 55, Golden Gophers 48; Brooklyn 91, Timberwolves 83--A couple of hardwood mishaps lowlighted Wednesday night's activity. The Gophers failed to properly rebound from a couple of defensible, if disheartening, losses against top 5 teams Michigan and Indiana last week and derped their way through a lackluster performance against an inferior team whom the Gophers had handily defeated 69-51 only 17 days prior.

Bill Carmody's only been at Northwestern now for about 13 years, so really, how could we have been prepared for that extended 1-3-1 zone the Wildcats unleashed on us? Oh wait that's right WE SEE THAT STUPID ZONE RUN BY THIS UNATHLETIC GROUP OF KYLE KORVERS EVERY G-D TIME WE PLAY THEM. Maverick, the Hollinses, and Joe looked absolutely lost and totally tentative as they continually and meekly crept up into traps 35 feet from the rim, completely neutralizing the Mbakwe Advantage on the post. We're a terrible 3-point shooting team when Austin's off the floor and Andre is a bit off (like he was Wednesday, with more turnovers than points)...so of course Austin fouls out with 12 minutes left and then settle for jumpers on like 84 straight possessions in the second half.

At least Tubby had the good sense to recognize that perhaps he didn't have his troops properly prepared for the contest......check that: turns out he essentially called his team a bunch of losers afterwards. Even though he hasn't had a team win in Evanston during his entire tenure in charge of the squad.

The criminally undermanned Timberwolves--our all-injured starting five of Shved, Roy/Lee, Budinger, Love, and Pekovic is a top-15 starting lineup, but, you know......they're all injured--had a largely non-descript loss against a streaking Nets team. The outcome was not a huge surprise, but the anger exhibited by miracle maker Ricky Rubio in his post-game interview was. Rubio was chagrined by acting head coach Terry Porter's decision to pull him back from entering the game with four minutes left, presumably because J.J. Barea was filling up the stat sheets. The columns he was filling were fouls (5 in a 3-minute period!) and Nets PG C.J. Watson's points, but still...his was filling something.

RAGE FACTOR: 8/10 irritated Tubby floor stomps for the Gophers, 5/10 for the Timberwolves; it wasn't an essential game by any means, but you have to really mess something up to upset the friendly Spaniard. 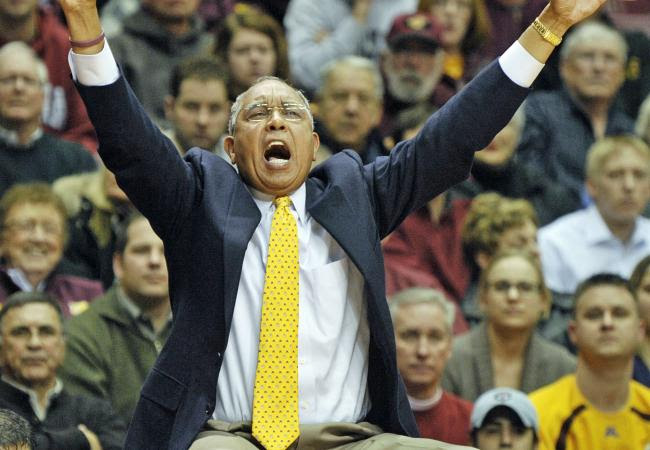 Detroit 5, Wild 3; Washington 114, Timberwolves 101--Though all-world defenseman Nicklas Lidstrom retired at the end of last season, the Wings still sport a good enough squad to make a revamped Wild squad look a few leagues beneath them in on-ice quality. Noted a-hole, sucker puncher, and career ruiner Todd Bertuzzi had two of Detroit's five goals, and hometown hero/new acquisition Parise had a couple goals as well, though the Wings crowd showed him and Ryan Suter a good deal of unfriendliness due to their spurning of Detroit's contract offers this past offseason. Josh Harding looked much more pedestrian than he did in his first start of the year, a shutout win over Dallas--but you wouldn't know it from Fox North's announcers continuously referring to his play as "not bad" and with other OK-sounding modifiers.

Meanwhile, the Timberwolves started a two-night, two-game tour of the mid-Atlantic by allowing the most terrible team in the Eastern Conference to go up 18 on them through three quarters before "fighting back" to earn a "respectable" 13 point "loss but really kind of a moral victory when you think about it." It was Wizards star PG and famous muscle-flexer John Wall was in the Wizards' starting lineup for the first time this year, and he posted a 14 point, five assist line in 21 minutes of play. Former Timberwolves coach and Forever Friend of the Franchise Randy Wittman has coached the Wiz to what had been a league-worst 9-31 record before our Timbas shared a court with them for a few hours. Our two ten-day contract recipients, French swingman Mickael Gelabale and post player Chris "The Not Football Player Guy" Johnson, combined to score 28 points on 13-23 shooting off the bench, so that was probably fun for them.

RAGE FACTOR: 4/10 frustrated, frumpled Tubby brows while squatting on the sideline for the Wild, 7/10 for the Timberwolves. 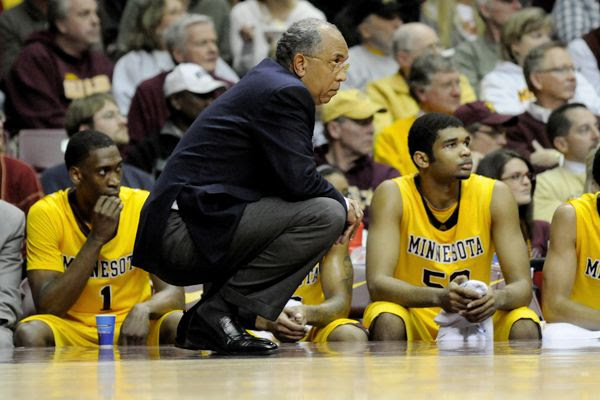 Wisconsin 45, Golden Gophers 44; Charlotte 102, Timberwolves 101--Coleman kept waiting a half-second to lose whatever advantage he might have had, then making the wrong decision throughout the game, and Rodney Williams looked lost for the third-and-a-halfth game in a row. After his terrible performance Wednesday, Andre kept us in this game by scoring 20 points on a variety of step-back jumpers and rolls to the hole . I'm pretty sure flecks of Traevon Jackson's skin cells were still on the basketball when he let his game-winning shot go at the end of the shot clock with three seconds left, but whatever, you're never going to get that call in the Kohl Center and I'm a total homer.who habitually looks for reasons why we were probably robbed. Soooo the Big Ten conference collapse is on once again for a Tubby-led team and we'll probably fall from 12th completely out of the AP rankings when they're released tomorrow.

And to cap off the crap parade, the Timberwolves lost to a guy in Gerald Henderson who described his game-winning three-pointer with 4.6 seconds remaining thusly: "I just threw it up there and it went in." Charlotte hadn't won a home game in 66 days and were three more home losses away from tying the NBA record for most consecutive home defeats, currently held by the Jamal-Mashburn led 1993-94 Dallas Mavericks. Barea tried to floppily draw a foul on his last-second shot attempt, but the refs chose to laugh at him instead of blow their whistles. The Bobcats had become the worst team in the league after the Wizards beat Minnesota, but Charlotte also climbed out of the gutter with a win over the Timbas. So, um, who's looking like they'll be available at, like, the 5th pick in the draft next summer?

The Timberwolves have now lost nine of their past 10. The Gophers are on a four-game losing streak after starting 3-0 in Big Ten play. The Wild will have a three-game losing streak of their own after they blow their current 3-2 lead at the second intermission in St. Louis tonight. And I'm becoming open to exploring new winter hobbies. Minnesota mediocrity is trending with our sports teams once again, and a winter season that held so much newly minted promise a few weeks ago went sour like a Warhead in less than 100 hours.

RAGE FACTOR: 9/10 half-hearted, half-second post-game handshakes with Bo Ryan for the Gophers, 3/10 for the Timberwolves, because whatever at this point.
Posted by Bruff McGruff at 9:08 PM