Interstate to the Insight Bowl: The Gophers' Hot Start and a Conference Preview


The 2012 Gophers football team has already eclipsed the 2011 team's win total, and they haven't even started the Big Ten portion of their schedule yet. With Saturday's slobberknocker 17-10 victory over Syracuse--their first BCS school opponent on the year--in front of a raucous sell-out crowd at TCF Bank Stadium, the Gophers put themselves within two wins of clinching bowl eligibility. And the calender hasn't even turned to October yet.
Read the Rest »
Posted by Bruff McGruff at 11:40 PM No comments:

Into the Omaha Sunset: A Farewell to Andy Roddick 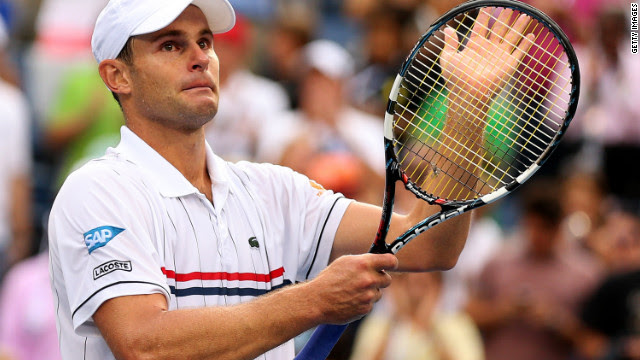 "It's been a pleasure. It's not something that's easy every day, for sure, especially when you kind of get anointed at a young age....For the moments where it's been hard, I've had 25 positive things that have come from it." --Andy Roddick on being the face of American tennis for the past decade

He lunged after a smartly placed short ball, smacked his reply a few feet beyond the baseline, and it was over. Andy Roddick's career ended in the 4th round of this year's U.S. Open after a hard-fought 4-set loss to the tall (and quite gracious in victory, given the moment) Argentine with the whip-crack forehand, Juan Martin Del Potro.

Read the Rest »
Posted by Bruff McGruff at 6:40 PM No comments:

Sundays are back, baby! Woo! Our Minnesota Vikings kicked off the 2012 NFL regular season against the lowly Jacksonville Jaguars on Sunday. It’s not often that the opening game of the season is a must win, but in this case, it was a must win. The Jags are a much worse team than us on paper, but they haven’t played games on paper since the infamous 1966 Paper Bowl, captured by the Kansas City Chiefs. If the Vikes were to make any progress this year after a disastrous 2011 campaign, they had to start with a win against the Jags. Week 1 also represented the potential return (resurrection?) of Purple Jesus himself, Adrian Peterson. His recovery after tearing everything in his knee last December has been nothing short of, well, miraculous. Would his ascension to the end zone be complete? Would he return to lead the Vikings to football heaven? Find out the answers to these questions, as well as more blasphemy, after the jump.

Come for the expanded half-hour inaugural edition of Fo Flo Video's Down and Dirty Draft Recap, stay for the 400 or so words I write below said video.

Read the Rest »
Posted by Bruff McGruff at 8:47 PM No comments: