Game of Groans: The Week in Review 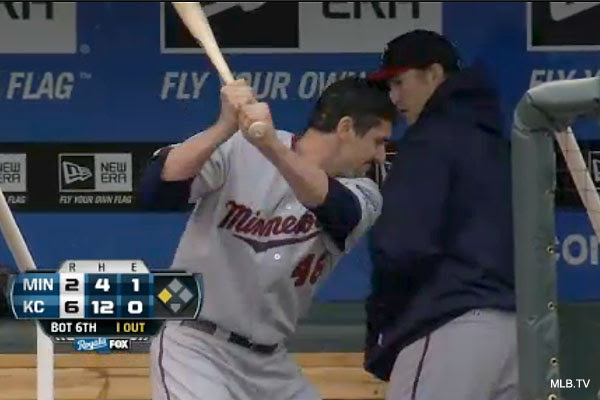 Tough week for sports fans in Minnesota (or as I call it, Wester-gross). Here’s a brief summary:

Minnesota Twins:
The tempered optimism that fans like me had going into this season was met head-on by a much bleaker reality. Our Beloved Twinks got swept out of Baltimore with all the grace of a David Simon interview, and were off-Target in losing to the Angels 5-1 in the home opener. They’re currently 0-4, have been outscored 20-6, and are facing a difficult early schedule.

Real Game of Thrones doppelganger: House Arryn. House Arryn also dealt with some serious losing early on, as the mysterious death of Jon Arryn at the beginning of GoT sets in motion the main plotlines of the story.

Minnesota Timberwolves:*Possible Game of Thrones spoilers within*
The Timberwolves were a team on the rise. We thought they were ready for the big time. We thought a playoff run was in store this year. Then Ricky Rubio got injured. Since then, the Pups have reverted back to last season’s form, giving up 106.7 points per game, and have lost six in a row, including a blowout at the hands of Phoenix Monday night.

Reason for optimism: Ricky isn’t dead. KLove is still a beast. And Utah is still in the hunt for a playoff spot.

Game of Thrones doppelganger: House Stark. The Starks thought they were ready for the big time in King’s Landing, with Ned Stark serving as Hand of the King. They then lost a significant player when Ned’s head was separated from its body.

Minnesota Wild:The Wild’s season ended quietly on Saturday, losing 4-1 to Phoenix. After a promising start, the Wild plummeted in the middle of December and finished the season 35-36-11, missing the playoffs for the fourth season in a row. Despite making major trades for proven goal scorers Dany Heatley and Devin Setoguchi, the Wild still only scored 166 goals, 22 fewer than the next worst team.

Reason for Optimism: I guess there’s always next year. If this team can get (and stay) healthy, and make some more changes on the offensive end, we should see an improvement.

Game of Thrones doppelganger: Varys the Eunuch, Master of Whispers. Fitting, for the Wild, considering how quietly their season ended. And for lacking the stones to get the job done on offense.

Minnesota Vikings:It’s been a quiet offseason for the Vikes, with the most notable additions thus far being tight end John Carlson and cornerback Chris Carr. They’re still searching for a shiny new home, but no official construction plans have been announced yet. The biggest news recently is that our nemeses--the Taints--placed bounties on various players, and have been punished accordingly by the league. One of these bounties was on Brett Favre in the 2009 NFC Championship game. The Super Bowl that the Taints won hasn’t been officially vacated, but it’s clear they broke the law on the way to winning it. This makes no difference right now, but I believe that the Vikes have the strongest claim to that title.

Reason for Optimism: The 2012 NFL Draft. We hold the 3rd overall pick. The player selected there should have an instant and significant impact on this team next season.

Game of Thrones doppelganger: Stannis Baratheon. Stannis currently resides on the bleak and rocky island of Dragonstone off the coast of Westeros. Simply put, he would like to move to sunny and beautiful King’s Landing, ideally as king. The current king, Joffrey, is a product of incestuous infidelity (incestuous infidelity being almost as bad as getting rewarded for injuring another player), and thusly does not have as strong a claim to the throne as Stannis does.
Posted by SilkyJ at 7:23 PM