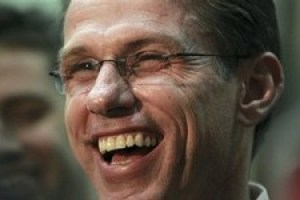 It was certainly an eventful first day for the Vikings. They moved down one spot and still got their guy, Matt Kalil, OT, Southern California. Then, they drafted Harrison Smith, S, Notre Dame, the exact guy that I would have been writing about in this article had we not traded back into the first round to go get him. They’ve got a whole slew of picks left in the later rounds, so let’s take a look at some of the players Spielman and Co. will be targeting.

Third Round- Third Pick- 66th Overall:
By taking Harrison Smith in the second round, wide receiver remains the last major problem for the Vikings to address. There is a lot of depth at receiver in this draft, but of the guys that could be available in the third round, I think the Vikings should select Brian Quick, WR, Appalachian State. A small-school wunderkind, Quick has all the physical tools to be a successful receiver in the NFL. He converted to football from basketball during his senior year of high school, so he would be a bit of a project coming in to the Vikings system, but there is no question the physical ability is there. Also, a number of draft sites (Draft Countdown is one of them) have compared him to recent Vikings signee Jerome Simpson, so if we draft him we’d have a chance to see how apt the comparison is.

Fourth Round- 23rd Pick- 118th Overall:
With their main problem areas fixed with starting-level talent in the first three rounds, the Vikes look to add depth at some other key positions in the later rounds. The first way they do this is by selecting Chase Minnifield, CB, Virginia. Minnifield has second round talent, but injury concerns push him down to the fourth. His instincts and sure tackling ability suggest that his best fit in the NFL would be in a zone-based defense scheme, not unlike the one the Vikings run.  If the Minnifield name sounds familiar to you, it’s because his father Frank Minnifield was a Pro-Bowl cornerback for the Cleveland Browns.

Fourth Round- 33rd Pick- 128th Overall:
The Vikes continue to add depth on defense with the selection of Emmanuel Acho, LB, Texas. With a history of good production, work ethic and versatility, Acho would be a good backup at all three LB positions. His brother Sam started 10 games for the Cardinals last year as a fourth-round rookie.

Fourth Round- 39th Pick- 134th Overall:
With their last fourth round pick, the Vikings add depth and versatility to the offense line with home-grown Tom Compton, OT, South Dakota. Compton, of Rosemount High School fame, was a four year starter at South Dakota and has the work ethic to potentially develop into a starter in the NFL.

Fifth Round- Third Pick- 138th Overall:
Here the Vikes add more depth in the secondary with Janzen Jackson, S, McNeese State. Jackson, a former five-star recruit to Tennessee, transferred to McNeese after running into legal issues at Tennessee. If he’s around at this point, he’s worth taking a flyer on to help shore up the secondary.

Fifth Round- Fourth Pick- 139th Overall:
To continue to help fix the secondary, the Vikes take Donnie Fletcher, CB, Boston College. Fletcher is coming off of a successful four-year career at Boston College, and is another corner that projects well into the Cover-2 scheme.

Sixth Round- Fifth Pick- 175th Overall:
Durability concerns at running back lead the Vikes to take Michael Smith, RB, Utah State. Small and fast with good hands out of the backfield, Smith would be a good change of pace from the power of Toby Gerhart and the all-around awesomeness of Adrian Peterson.

Seventh Round- Third Pick- 210th Overall:
Really stretching for depth at this point, the Vikes bulk up their defensive line with Vaughn Meatoga, DT, Hawaii.

Rick Spielman impressed with his draft-day savvy yesterday. I believe that will carry over into the weekend as well. This is just a blueprint of how I see things working out for the Vikings this weekend, but if Spielman does anything remotely similar to this, I think we, as Viking fans, will be happy with the results.
Posted by SilkyJ at 2:29 PM